Ren Garcia is a Science Fiction/Fantasy author and Texas native who grew up in western Ohio. He has been writing since before he could write, often scribbling alien lingo on any available wall or floor with assorted crayons. He attended The Ohio State University and majored in English Literature. Ren has been an avid lover of anything surreal since childhood, he also has a passion for caving, urban archaeology and architecture.

In 1992 an aimless young man decided to serve his country and joined the Air National Guard. To complete his training, he was sent to venerable Chanute Air Force Base in the flats of Illinois to learn how to turn wrenches on jet engines. It was a place brimming with history, a place he soon grew to love.

Soon thereafter, Chanute closed its doors forever, becoming a modern ruin in the years that followed, taking the young man’s heart with it.

This humorous, witty and occasionally ribald memoir details the experience of one of the last Airmen to pass through the hallowed gates of Chanute Air Force Base, and how the experience haunts him to this very day.

THE TEMPLE OF THE EXPLODING HEAD OMNIBUS

Starfarers and explorers, the League settled on Kana thousands of years ago. They found it to be a paradise, a perfect, virtually uninhabited planet waiting just for them in the cradle of space.
Lovely Kana … it was too good to be true …

But, all was not as it seemed. Simmering beneath the ground was a demented god who had soaked Kana in blood for untold ages, luring in victims, lying to them, and rejoicing in their suffering as they died at the hands of his dark angels.
And there will be blood again … From his Temple in the ground, the Horned God stirs.
When Lord Kabyl of Blanchefort, a young man troubled by the weight of the world, dares give his heart to a girl from a mysterious ancient household, one that pre-dates the League itself, he comes to know the shadows of the past that hover over her.

He comes to know of the Horned God, and for love he is destined to face him. All roads lead to the Temple of the Exploding Head, a place of evil and death, rooted in the ancient past, but also tied to the distant future.
“We were evil once,” she said, “and the gods are still punishing us…”

BOOK 1: SYGILLIS OF METATRON: Introduction to the House of Blanchefort. An evil Black Hat sorceress wants to kill Captain Davage before she dies. Will she succeed?

BOOK 2: THE HAZARDS OF THE OLD ONES: A whole planet is destined to be destroyed. How far will the gods go to prevent this tragedy, or, will they not do anything at all?

BOOK 3: THE DEAD HELD HANDS:1st in the Temple of the Exploding Head Trilogy.Lord Kabyl of Blanchefort discovers the world around him is much more dangerous than he realized.

BOOK 4: THE MACHINE: 2nd in the Temple of the Exploding Head Trilogy. Lord Kabyl and his cousins quest to the enemy city of Waam for a long, lost Machine of legendary power.

BOOK5: THE TEMPLE OF THE EXPLODING HEAD: Conclusion of the Temple Trilogy.Lord Kabyl and his cousins search for a mythical temple so terrible it couldn’t possibly exist.

BOOK 6: SANDS OF THE SOLAR EMPIRE: Part 1 of the Belmont Saga. Meet Paymaster Stenstrom, a self-styled adventurer who has bought the captain’s chair of the venerable warbird Seeker. The Admiralty of the Fleet, however, has other ideas.

BOOK 7: AGAINST THE DRURIES: Part 2 of the Belmont Saga. On his way to Bazz, Paymaster Stenstrom and his misfit crew discover the “safe” heart of the League is fraught with perils 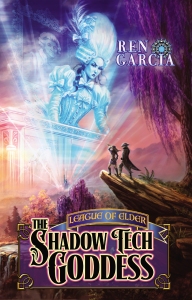 BOOK 8: THE SHADOW TECH GODDESS. The Destroyer  of Universes is just an arm’s length away. Paymaster Stenstrom and his fiancé, lt. Gwendolyn, must prevent the coming of the Shadow tech Goddess, and, out-smart a very determined Professor. 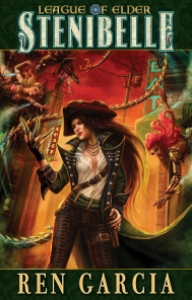 BOOK 9: STENIBELLE: The 3rd Turn of the Shadow tech Goddess. In an alternate universe, Paymaster Stenstrom is a woman in deep trouble.

BOOK 10: THE HOUSE OF BLOODSTEIN: PERLAMUM.  Responding to a call for help from their Vith cousin, Lady Chrysania of Bloodstein, Lord Kabyl of Blanchefort and his ‘Gang’ find themselves battling bully Houses, an insane Black Hat and the Dead Men of Mare, beings that cannot be stopped. 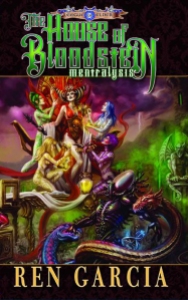 BOOK 11: THE HOUSE OF BLOODSTEIN: MENTRALYSIS.  Nothing was as it seemed. What Lord Kabyl of Blanchefort should have known from the start: Foolish is he who dares possess the Ultimate Object, for misery shall be his only reward.

BOOK 12: TURNS OF THE SHADOW TECH GODDESS: KAT.  There was something wrong at the Ruins of Clovis. When Lord Belmont went to Clovis to mourn the death of his love, he had no idea what was there, waiting for him. В зависимости от количества выполненных заданий, пользователь получит одну из следующих мостбет Нужно указать адрес электронной почты, получить ссылку активации, перейти по ней и попасть в личный кабинет

When you sign up you will receive notifications on upcoming releases, events, and free giveaways. WE WILL NEVER SEND YOU SPAM OR SHARE YOUR DATA.

You have Successfully Subscribed!